Containing years of material written during a prolonged hiatus and set against personal joy and tragedy, singer-songwriter and pop icon Utada Hikaru’s 2016 album Fantôme felt like a true once-in-a-career work, with the artist focused first and foremost on telling her own story, rather than producing pop with an eye to the listener. With the catharsis of that album now passed and the lighter tone seen in the advance singles, it was easy to assume that having completed an album “for the art”, post-comeback Utada would hold off on difficult themes and genre-blending songwriting for simpler, more radio-friendly fare. Thankfully, this was not the case. While Hatsukoi (literally “first love”, referencing Utada’s debut album of the same name), does indeed play it a bit safer than Fantôme, the singer’s seventh Japanese studio album comes with the experience of twenty years in the industry, and shows that her talents are only continuing to improve.

A major feature of the Hatsukoi era has been the increased number of promotional tie-ins (an exhausting eight of the twelve tracks). However, these commissions have been crafted with solid instrumentation and expert lyricism that often allows for two readings of a song: one on the surface to satisfy marketing needs, the other expressing Utada's deeper thoughts. “Chikai”, the theme to long-awaited video game Kingdom Hearts III, depicts a couple swearing wedding vows to each other while stepping forward into the glow of dawn. In clumsier hands, the “door to light” imagery in the song’s breathless bridge could have felt like a gratuitous namedrop to the video game, but the scene is a natural, fitting conclusion to the romantic relationship begun and continued in the song’s predecessors, “Hikari” and “Passion” (which the singer described as far back as 2005 as having themes of dawn and dusk, respectively). Combined with the syncopated beat from jazz drummer Chris Dave (who lends his talents to much of the album), the song easily stands on its own merits despite its more sedate pace. More subversive is the shift seen in “Play A Love Song”, Hatsukoi’s upbeat opening track. The chorus-only snippet first shown for a Suntory ad campaign initially suggested a boppy, TV-friendly ode to love, but a look at the verses recontextualizes the song as a plea uttered to protect a fraying relationship from ending in divorce. The heartbreaking subject matter hidden within uplifting music (here complete with backup from gospel choir The LJ Singers) calls to mind “Michi”, Fantôme’s own stellar opener, in the best way.
“Play a Love Song’s” analogous placement to “Michi” loudly announces Hatsukoi’s primary theme. Where Fantôme meditated on life, death, and birth, Hatsukoi turns its eye instead to love. The album’s first released single, “Oozora de Dakishimete”, is a lighthearted introduction to infatuation, with the singer exuberantly hoping for a special someone to notice her. The youthful, optimistic lyrics are reinforced by the song’s RnB-centric sound, which recalls the earliest stages of Utada’s career. More mature in tone, but no less positive, is “Forevermore”, which combines a more adult contemporary approach with a couched view of love, as Utada acknowledges that it has changed her for the better, no matter how others may come and go.

“Though there’s someone by my side

Instead, I want to just be touched

By the gaze of an unknown stranger"

In other places, relationships are detailed more explicitly, perhaps shockingly so. “Too Proud”, which feels like it could have come from English albums Exodus or This Is This One, weaves languages and cultures together over a frantic digital beat (developed in part with repeat collaborator Nariaki Obukuro) to depict a couple stifled by monogamy and a mutual unwillingness to compromise. Brazilian-British rapper Jevon plays the male half of the couple, perfectly capturing the suspicion of a partner who can feel the distance growing. Male and female, Japanese and (American and British) English, Utada’s singing a 15th century folk song and Jevon’s rapping about swiping right in the smartphone era—the many contrasts each paint a picture of just how starkly mismatched this couple is.

Other loves are simpler. “Pakuchii no Uta” is a delightfully playful ode to coriander, of all things, with a nursery rhyme feel much like children’s song “Boku wa Kuma”. Nevertheless, the song has a warm, almost maternal undertone of comforting someone who’s been rejected. Like its subject, the song may not be to everyone’s taste, but it provides a nice moment to relieve tension in what is otherwise a pretty serious album. Simple doesn’t always mean effective, though, as Hatsukoi’s two weakest tracks, “Nokoriga” and “Good Night”, are both held back by their repetitive middle sections. While there’s a certain austerity to “Nokoriga’s” minimalism—save for a drum loop and a rich organ, the song is as threadbare as the bedroom described—by the third or fourth “good night” or “I miss you” some of the charm has been worn off.
These songs are not duds, by any means, but they feel like wasted opportunity compared to the lyricism displayed elsewhere. Yuunagi, which contains the most formal language in the album, draws on Buddhist themes in a hypnotic hymn. Rhythmic piano and strings flow in and out like waves, with additional elements slowly joining in the procession. The bridge, containing a shinto chant of “seiya seiya” that multiplies into several overlapping vocal tracks, combines with the image of a boat on a tranquil sea to evoke, just maybe, the image of toro nagashi, the ceremony of floating lanterns for the dead (for what could be the second time in as many albums). The exuberant “Anata” is similarly peppered with Buddhist terms, but its jazzy beat and escalating horns, not to mention observations of war, activists, and the doubts of the current era, place it in a firmly modern context. The ancient language juxtaposed against the present stage adds a note of universality to the song, and though Utada has stated that she wrote it from the perspective of a mother, “Anata” reads equally well as an expression of romantic love, especially as “anata” (literally, “you”), is often used by wives as a term of endearment for their husbands. This double reading may come from the singer’s own thoughts on first love: “To me, a first love is the one with whom you first develop a deep relationship as a human being. I don’t actually have any experience with a romantic first love—to me, I think of my mother and father as first loves.”
Ambiguity in meaning is key to one of the album’s strongest songs. Title track “Hatsukoi” condenses the album’s themes, forgoing the playful jazz and RnB influences seen in the other tracks to instead present a single showstopping ballad. Over soaring strings, Utada chronicles a visceral reaction to first love. Though her conviction is clear, the lyrics avoid outright stating whether the singer is looking back on a love that has ended, or looking forward to a love that only beginning, allowing the listener multiple interpretations. This is not the case with the other album standout, darkly beautiful finale “Shittosarerubeki Jinsei”, which unambiguously tells the “semi-fictional” story of a couple who on their deathbeds can say with confidence, even a bit of bragging, that their love led them to have a full and happy life. Utada combines vocal effects and programming with ominous strings and piano, only letting up briefly for a moment in the bridge to reflect on mortality as she gazes at her mother’s funeral portrait. Rolling drums increase the urgency in the song’s final moments as it brings the album to a satisfying close.

“I can still say I was the happiest person alive, having met you.

I can still say mine was a life to be envied."

It is this unfiltered, three-dimensional view of love—romantic and platonic, simple and complicated, as it begins and as it ends—that gives the album its depth and broad accessibility, tempering the gravity of Fantôme with a warmer and more forward-looking tone. On Hatsukoi, Utada Hikaru gathers up various sounds from across her discography—RnB from Distance, ballads from Deep River, even the electronica of Exodus—into a single satisfying anniversary work that calls back all the way to First Love, when she first sung about love’s joy and bitterness changing you forever. It’s clear that this theme is one Utada has devoted her career to exploring in ever-deeper ways, and will no doubt continue to explore, no matter what life may throw at her. As the singer recently commented, “When I debuted, I was writing to understand how first love has affected me, and thinking about the relationships of others, all subconsciously, but now I understand, and am writing purposefully.”
“My theme hasn’t changed at all.”
Stray Impressions:

友達になろう!
Latest posts by Toria (see all)
☆Let us know what YOU think in the comments!☆
For more song translations, check out their lyric directory here: 宇多田ヒカル (Hikaru Utada)
【 SEARCH LN 】
Come chat with us! 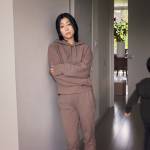 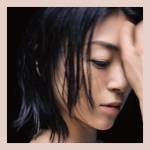 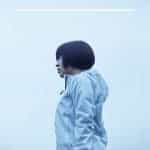 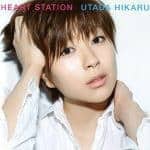 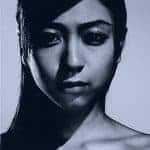