kizutsuku koto osorete nigedashiteta kinou made no jibun to Break up! Break up! Right now!

The instinct that opens our eyes, Is a prologue knocking upon our door, So let’s step out, Toward a revolutionary tomorrow… for as long as our lives, Still manage to exist!

Within this closed off brink of time, We’re being toyed with; Fate turns its back, As if betraying us.

As the end of the world makes its approach- Who could possibly stop it, Other than you?

Fearing being hurt, We’d been running away… So let’s face who we’ve been until today, And break up! Break up! Right now!

Wake up, and let’s go beyond, The limits of our instincts! Facing the things we must protect… everything we’ve devoted ourselves to! Our intersecting spirits, Are a resistance shouting in harmony, So let us take flight toward the future, For as long as this endless sky, Still manages to exist!

As that writhing mass completes its evolution, Becoming a messenger of the dark, Imagination will overtake reality, And launch its attack. For the sake of my comrades who have fallen, I’ll keep fighting, Until hopelessness can be transformed into hope!

There’s nothing left but to proceed – Keeping that resolve, We’ll face this challenge as many times as it takes! So stand up! Stand up! Right now!

Taking these rusted emotions, Let’s sharpen their utter limits; Are there answers to be found, At the end of this conflict? Let’s live on through the genesis, The next page of this tragedy opens to. As long as we have the power, To step onward, Toward that revolutionary Eden!

Sound aloud the resonance, Of those aching instincts; I can see a light beyond their completed form! If we can manage to accept, Even mistakes that repeat themselves, Let us depart, Across an endless sky, Toward that eternal Eden! 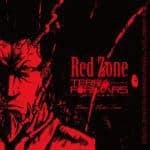 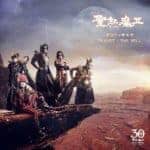