Bananafish no Hamabe to Kuroi Niji with Aimer Lyrics

Bananafish Beach and A Black Rainbow

On a summer night, unable to sleep, I sneak out of my house for a bit. I head on downhill, playing with something on my tongue. Village Vanguard, subculture bands, and LINE groupies laughing like idiots; I play with the same toys as city girls, but…

Ahh… I’m such a troublesome girl; I can see a “black rainbow” stretching across the sky in this city… And I feel so bored I could just die!

I like this city well enough – it’s not like there’s anything making it hard to live in, But I think I could do without ever seeing that bananafish by the beach again. Once this drug wears off, All that’s left is a day where nothing happens… I may as well send everyone a pic of the sunrise.

Our real-life comic, loved so dearly by us, Depicts us with both our hands constantly full – a story of endlessly grasping and letting go. But the real me isn’t holding anything at all, Allowing me to freely grasp, and let go, of those comics and songs.

Ahh… the me of tomorrow is standing there in a white robe… Ahh… that guy’ll probably give up on being a beautician… That’s right – come on back and get sucked up in the current!

I mean, like him well enough – he’s a pretty nice guy and we have some common interests… Ahh, but you know… I don’t think I can. Why can’t I stop feeling so unfulfilled? Once this drug wears off, There’s nothing to do but keep walking this road… And 5 hours later I’m back at school.

I was listening to old songs by the beach… but I still just can’t dispel this scenery; I really can see it after all: that “black rainbow” and bananafish are both right here! I really might as well go home… ’cause I’m gonna be swept away at this rate! Every so often I get really afraid, Then try to forget about it; It’s happened so many times I feel like I might go insane! Once this drug wears off, Maybe I should tell him about all of this – I wonder what he’ll think about this sunrise… oh

TL Note: See J.D. Salinger's A Perfect Day for Bananafish for more info on the bananafish. 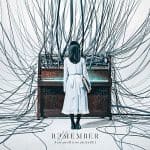 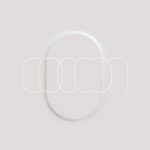 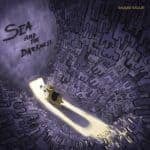 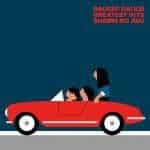 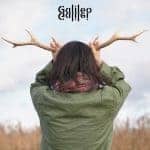 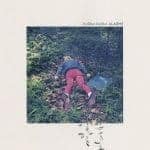 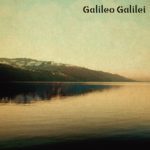