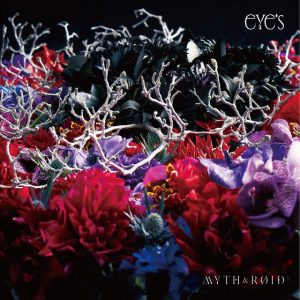 The synergy between Japan's music industry and anime industry is well known: musicians’ songs heighten and accent the themes of a series, and in turn, a popular series provides a launch platform to boost a musician's recognition among a wider audience. Creative unit MYTH & ROID, spearheaded by producer/guitarist [email protected], has amassed significant recognition since their debut in late 2015, in no small part by being perhaps the most prolific contributor of theme songs in the last year. Their first full album, eYe's, is a solid work of electronic rock, but one that nevertheless seems held back by its obligations to the very same anime industry that is responsible for the group’s name recognition.
MYTH & ROID - TRAGEDY:ETERNITY (OFFICIAL) - youtube Video
A look at the tracklist reveals the most obvious drawback: very little of eYe's is new material. Because of the strong focus on tie-in singles, over half the songs on the album have already been released. This gives the album the curious feel not of a debut, but of a best-of compilation: the well-known hits, plus a few original tracks for good measure. Secondly, although lyricist and “concept maker” hotaru is skilled at soundtracking theme songs by ensuring the tie-ins strongly relate to their commissioned works—“STYX HELIX” refers to restarting from the beginning (Re:Zero), “JINGO JUNGLE” is about bloody patriotism (Tanya the Evil), etc.—this also means that the songs owe greater allegiance to their respective shows than to the album itself. The result is a scattered, disjointed feeling, which clashes with MYTH & ROID’s apparent desire to tell a cohesive story, evidenced by their narrative prologue/epilogue of The Ocularist and the bejeweled human eye.
MYTH & ROID「eYe's」予告編 - youtube Video
Conveniently though, the scattered nature of the album makes it easy for MYTH & ROID to jump between styles, to great effect. The band’s stated goal of fusing past and modern is clearly apparent in “Crazy Scary Holy Fantasy”, which layers a spot-on swing melody over a grinding metalcore background, or in the bright “sunny garden Sunday”, where singer KIHOW impressively shifts from her usual vocals to a retro, early Jpop style. This integration of contrasting song elements is in fact eYe's’ greatest strength. The pyramid of reverberating bass, glitchy digital rhythm, and ethereal vocals in “Yuki o Kiku Yoru”, not to mention its noticeably more poetic lyrics (about forlornly waiting for a lover to return), is an album standout. Its follow-up track, “Tough & Alone”, further utilizes contrast to continue the story: in the soft verses, the singer is still reeling from loss, but as the song switches to a pounding, dancey chorus, she resolves to be strong on her own.
MYTH & ROID - JINGO JUNGLE (OFFICIAL) - youtube Video
Unfortunately, eYe's suffers greatly from the overuse of distortion and overdrive. Although these effects can sound bold in short bursts (such as the 1:30 duration of a pump-up OP sequence), they are used excessively throughout the album, exhausting the listener and in several places actively detracting from the song. In “L.L.L.”, singer MAYU’s already powerful vocal track is pushed to unintelligibility, and drowns in the equally distorted guitar, resulting in a sea of noise that conceals both the emotion of her delivery and the work being done by the other instruments. “JINGO JUNGLE -HBB Remix-” provides a good counterexample; because the remix uses much less distortion than the original version, there is space to add a beatboxing line that anchors the track with a strong rhythmic element.
【MV】 MYTH&ROID - Paradisus-Paradoxum(OFFICIAL) - youtube Video
The end impression of eYe's is that of frustration. On the one hand, MYTH & ROID display impressive, legitimate skill, with extensive stylistic range and a keen awareness of how to best assemble the clockwork of each individual song. On the other, many of these painstakingly assembled tracks are held back by excessive processing, and the lack of new material on eYe's is hard to overlook. Hopefully, now that MYTH & ROID have established themselves in the scene, the unit can stop splitting their attention between tie-in commitments, and will be able to engage in projects that showcase their strengths, such as an original concept album, or a full series soundtrack a la Hiroyuki Sawano or Yuki Kajiura. Whatever they choose, we’ll surely see more of MYTH & ROID in the seasons to come.
Overall Impressions:

☆Let us know what YOU think in the comments!☆
For more song translations, check out their lyric directory here: MYTH & ROID
LN SEARCH・歌詞探索
LNをフォローしよう!
Follow us! 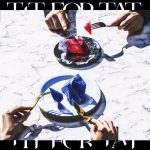 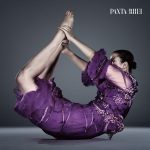 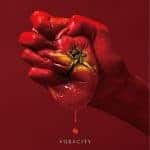 Something w/o Sunrise – MYTH & ROID 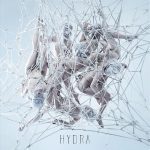