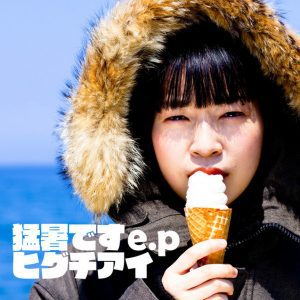 From graduation anthems in spring to wistful ballads in winter, seasonally themed music fills the Japanese pop scene. As is the case in the west as well, summer’s traditional role in cycle is as the season for fun but ultimately shallow hits, meant to be forgotten once the leaves start to turn color. Mousho Desu e.p, from singer-songwriter Higuchi Ai, upends this stereotype with an explicitly summer-themed EP that blends the carefree fun of summer pop with the keyboardist’s signature thoughtful, emotive style.
Although Higuchi Ai’s previous albums have included some lighter songs, they have mostly hewed closer towards ballads, with comparatively little straight-up pop. Yet, this is clearly not for lack of ability, as seen in “Natsu no Maboroshi”, a straightforward, upbeat ode to summer love that feels like it could have been a bonus track on Galileo Galilei’s similarly themed See More Glass EP. Although the sun-and-sea imagery is conventional, Ai’s deft piano and expressive vocals raise the quality a cut above your standard summer jam. This holds true in the similarly carefree “Mousou Nousatsu Ote Girl”, which goes for a more playful feel with claps and a schoolyard chant of “Nousatsu! Nousatsu!” Although a bit cheesy, especially in the pounding sports whistle, the earnestness of the delivery keeps the song charming.

“The more I resent you, the more beautiful I become

Of course, it would be unlike Higuchi Ai to have the whole EP be unabashedly upbeat and positive, scrubbed of any darker sentiments. “Minamikaze” is tinged with sadness, a taste of nostalgia when a former loved one’s scent is caught on the summer wind. Piano trills are placed in all the right places over an acoustic guitar and shaker—welcome new additions to the artist’s toolbox that give a Latin-esque flavor unlike previous songs. Subsequent track “Yawarakai Kamen” goes even farther, reaching the EP’s emotional nadir as the track spits out vitriol towards a lover (perhaps the same one?). The understated strings section, frantic piano notes, and Ai’s haunting vocals combine to give the song a sense of unease and desperation, propelled by the scathing lyrics (appropriate given the song’s tie-in with horror series Yamishibai).
ヒグチアイ / 猛暑です -e.p ver-（Short Ver.） - youtube Video
These entries alone would have made for a satisfying disc, but the EP’s status is solidified by its use of its title track. “Mousho Desu”, reworked slightly from its original appearance on previous album Hyakurokujuudo, is accessible yet smart, especially in its Chinese-influenced hook and its down-to-earth lyrics. In a genre where all too often it can seem like lyrics are drawn from a pool of preapproved metaphors that are pretty, if somewhat impersonal (the seasons change, birds in flight, the starry sky... you get the picture), it’s refreshing to have a song that begins as flirtatious text messages and that effectively lays its emotional stakes on, of all things, the line “give me back my electric fan”. Yet, although “Mousho Desu” is enjoyable as a standalone track, it pulls double duty as the foundation for the EP’s bittersweet finale, “Zansho Desu”. With the same base melody and structure, but a churning, darker arrangement, “Zansho” (the lingering heat of August) is an answer song to “Mousho” (the scorching heat of July), using many of the lyrics exactly unchanged or with only slight variations. These adjustments, though minor, force the listener to reconsider the story begun in Mousho as it shifts from the breathless beginning of a summer love to the painful separation that is coming at season’s end.

“Give me back my electric fan… but if you don’t, that’s fine too

Keep it always, and in summer, think of me”

Mousho Desu e.p is a strong addition to Higuchi Ai’s discography as a successful experiment with a new, poppier direction (the touching, but less-than-novel ballad “Radio Taisou” notwithstanding). Although the EP certainly shifts more mainstream than Higuchi Ai’s previous albums, it manages to do so in a way that feels self-directed and true to the artist. With its smart blend of buoyant joy and stinging pathos, Mousho Desu e.p will surely remain on listeners’ playlists through summer’s end.
Overall Impressions:

☆Let us know what YOU think in the comments!☆
For more song translations, check out their lyric directory here: ヒグチアイ(Higuchi Ai)
LN SEARCH・歌詞探索
LNをフォローしよう!
Follow us! 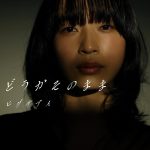