No matter how high I stretch, I can’t reach it!
No matter how many clever ways I consider,
It’s still not enough… my legs cramp up and I’m at my limits!

But it’s such a lovely color,
Swaying vibrantly to and fro.
I’m not particularly hungry, but I’d sure like to give it a try!

“Even if someone criticizes me, I’ll never change my ways.
But I’d still like you to rely on me sometimes!”
It comes in a sudden flash:
I discover the fantasy known as friendship!

So sink your teeth in! I was the first to discover it.
Would you say it’s sweet? Sour? It’s a bit thrilling!
I was able to find it because we were all together:
A precious word, lined up like magical fruits.
That’s the relationship we have.

We fought against the river’s flow
As we chased the birds high above.
Going further and further… we don’t need a goal!

I just want to know how it feels
To fly with such beautiful feathers.
If we could communicate, I’d like to pull them aside to ask!

“You only ever look at the sky. That’s a nice, positive outlook,
But look! Don’t miss the world reflected in the water!”
It shines, glittering bright:
I discover there’s deep emotion to be found every day!

So reach out and touch it! I ended up telling you about it first.
Would you say it’s cold? Hot? It’s a bit exciting!
If I were all alone, I would have walked right past it:
The excerpt of a special scene, just like a picture book.
Etch it into your memory…

On an orange path home at twilight, I was looking down.
I discovered an extending shadow.
There was one, then two…
Two, then three, four…!
They keep increasing!
Ahh, I’d known all along.

Sink your teeth in! I was the first to discover it.
Would you say it’s sweet? Sour? It’s a bit thrilling!
I was able to find it because we were together:
A precious word, lined up like magical fruits.

I’m the one who discovered your voice!
So you can rely on me! Being relied on is a bit thrilling too!
I was able to take a step forward because we were all together:
I want to share this precious word, as if casting a magic spell!

I won’t let this relationship go!

Follow me!
Thaerin
Japanese music enthusiast and lyrical translator. Come to our Discord server and join the LN Community!

Waruimono
No one knows what it's like to be the Waruimono.

Latest posts by Waruimono (see all) 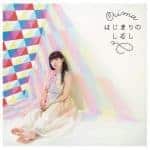 Step Back 歌詞 GOT the beat (Girls On Top)

How are you 歌詞 INI