Salvador, dor, thought is festering
Farewell to the ghost, then become a imposing slave
Surreal something, almost a mere name
Art is already dead, a surfeit of stupid words
Father, fashion & plum
Impose them on, ant＆I, and the city of 175

Impersonal, short-lived, melting clock
Illusionism, similar thumbnails
Anarchy, it must be influence of veterans
”Just a replacement for someone else” disease

Salvador, dor, false representation
Whether you can love it or not, tell me at the end of the words
Muse, Muse, acquittal
I’ll keep on saying, you’re the only saving grace
Brain dead loop, loop, real intention is just for show
“Legal drugs” lol, a earworm
This junk-food-ized world is a “pastiche”
Farewell to the ghost, then become a imposing-slave

Chao, you imposing-slave
Chao, in a few years, DA DA DARE are you?

Salvador, dor, false appearance
reviewing whether you can love it or not
Muse, Muse, acquittal
Your imitation of Virgin face is the only saving grace
Brain-dead loop, loop, real intention is just for show
“Legal drugs” lol, a earworm
Do you like this junk-food-ized me?
Farewell to the ghost, then let’s depart this life

Salvador, dor, every Tom, Dick and Harry
Just a man pretend to be a genius
This junk-food-ized world is also beautiful
I’m a ghost, appear doomed to extinction

Farewell to the doll, doll, a string puppet
How long will you stay in your shell
Kill the mood & boom, I’ll be waiting at hell
I’m leaving first, farewell to imposing slave 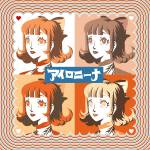 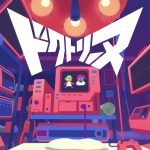 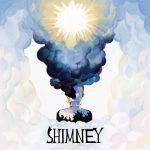