Album Review:
from NOVEL LAND shows that Halo at Yojohan still has plenty of space left to explore

Indie rockers Halo at Yojohan’s first full-length album swanflight was one of the best-executed major debuts in recent memory. For the uninitiated, previously unreleased demo tracks like “Suisou” and "Android to Aoi Hoshi no Machi" provided a great crash course in the band’s history; for longtime fans, tracks like “Gitai” and “Alstroemeria" showed that Yojohan’s style still had places to go. Now returning to the mini-album format that’s worked so well for them in the past, new work from NOVEL LAND delivers what fans have come to want from the band, while also showing Yojohan’s evolution in style and assuaging fears that the band’s sound might change for the worse after going major.
Lead track “Living Dead Swimmer” is the best proof of this, with a dynamic pace that recalls the band’s earlier classics, but only after the kind of deliberate buildup that's become more common in their later work. Despite being wholly produced by Yoshiaki Dewa, known for his work with amazarashi, the song never feels like anything other than a Yojohan track, demonstrating that the band can enjoy the benefits of major-label status while remaining themselves. Indeed, from NOVEL LAND hits all of Yojohan’s major selling points, layering vocalist Shota Watai’s poetic lyrics over an accessible and upbeat rock sound. The album’s opener, “Swing By,” launches into the album just like the gravitational slingshot of the song’s namesake, accelerating from muffled radio transmissions to a bright-eyed “hello, world” chorus. Space and the cosmos are a recurring theme on from NOVEL LAND, present most notably in “Sputnik”, which hides a surprisingly somber message (the band’s desire to be remembered once they’re gone) within a story about riding off on a spaceship, pivoting off the lyric “to become a star”—a poetic Japanese euphemism for “to die”.

"A town overgrown with the living dead

Once housed in their patch-covered bodies”

While the album’s theming and lyrics are as strong as ever, from NOVEL LAND’s instrumentals are what best showcase Yojohan’s growth as musicians. Guitarist Kohei Saiki has always had one or two songs on each album where he gets to show off what he’s perfected since the last recording session, and here, that’s album standout “Scape Goat.” Saiki’s aggressively tapped intro lays the perfect groundwork for the song’s “breaking free” lyrics, while Masaki Shirai’s bass plays a more understated, but every bit as vital role throughout the verses. In a change, album closer “Maylight” is the furthest outside of Yojohan’s comfort zone we’ve seen them go yet, with digital effects and voice filters not yet seen in their work. Though the song’s fade-out is a little bit of an anticlimactic closer compared to Yojohan’s usually punchy endings, it’s a good sign to see that the band is still willing to try new things.

"I wonder if I changed

If there’s a weakness to the album, it’d be that we’ve seen the band cover a lot of this thematic ground before. While Watai’s lyrics are consistently one of the best things about Halo at Yojohan’s music, their consistency is starting to turn to predictability. We’ve already heard songs about satellites and space, planting flowers for the future, and pushing through a town of NPCs ("Paper Moon" and "Living Dead Swimmer" both even key off the word "patchwork"!)—and while this doesn’t make the album any less enjoyable, it is probably the last time Yojohan can lean on these tropes this hard. But given how much creative fuel the band clearly still has in the tank, it’s safe to say Halo at Yojohan will continue to grow here as well and carry on as major artists, all without losing the sound that carried them this far in the first place.
Stray Impressions:

友達になろう!
Latest posts by Toria (see all)
☆Let us know what YOU think in the comments!☆
For more song translations, check out their lyric directory here: Halo at 四畳半 (Halo at Yojohan)
【 SEARCH LN 】
Come chat with us! 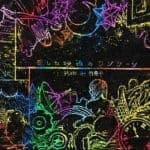 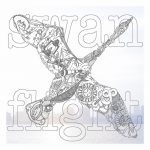 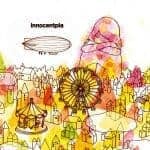 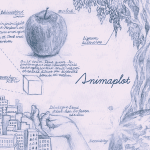 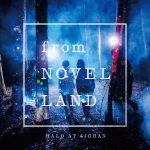