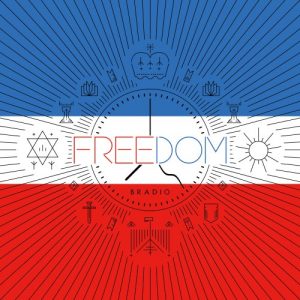 Four-piece rock band BRADIO occupies a pretty uncontested niche in the Japanese music ecosystem, both in terms of their musical stylings as well as their in broader image as performers. How many other acts are known for funk rock in afros and matching primary-color suits? Given this, BRADIO could likely have pleased their fans (known affectionately as their “Funky Party People”) just fine by following up memorable debut album POWER OF LIFE with twelve more tracks of the same. Thankfully, they did not; although FREEDOM doesn’t represent a drastic shift in style for BRADIO, it takes the opportunity to refine and add complexity to the band’s signature sound, as well as open a few more doors for possible future exploration.

I just wanna shake it up through the night

Alright... shall we begin?

One of the most noticeable new features of the album is the expanded use of support instrumentals around BRADIO’s capable core members. The band is of course no stranger to bringing in explosive, high-energy brass (on full display in songs such as the aptly named “Kanojo Hurricane”) but it's their use of keyboard and strings that stands out most, best seen in title track “-Freedom-”. Here, an orchestral string quartet soars over drummer Yuki Tanabe’s rapid cymbals, immediately distinguishing the track from BRADIO’s previous work, while vocalist Takaaki Shingyoji adds further freshness by exchanging some of his usual belts and falsettos for machinegun sing-talk in the verses.
The album also sees BRADIO leaning even harder into their retro influences—whereas POWER OF LIFE felt essentially like modern rock with a throwback twist, throughout much of FREEDOM this relationship seems reversed. “Back To The Funk”, the album opener, is a nostalgic invitation to boogie like it’s a funkier era. “Revolution” echoes classic rock with its na-na-nas, Souchi Ohyama’s guitar (especially in the solo), and its call, “we gotta start a revolution”. Oldies influences are in full display in the swinging “All I Need is You”, as well as in the slower “Koumori” and “Omoidoori ni Naranai Sekai”. These two tracks especially provide some appreciated diversity to the album and show that BRADIO knows how to lower the energy as well, with Ryosuke Sakai’s bass becoming a key element in keeping things engaging and warm, even at the lower tempos.
Unfortunately, the slower numbers are also where FREEDOM’s biggest stumbles occur. “Gift”, BRADIO’s self-professed “first ballad” and a thank-you to one’s parents, crosses the line from wistful sentimentality into full-on sappiness. Without BRADIO’s trademark 110% energy and unabashed bravado—remember, this is a band that samples Wild Cherry’s “Play that Funky Music” in the first minute of the album, with zero hint of shame—the spell is broken, and the cheesiness of a piano and multiple violins behind lyrics such as “Even if I’m reborn, please let it be as your child again” becomes painfully obvious. Similarly, the final song of the album, “Colors”, squanders an infectious, poppy number about enjoying a snowy night out on the town with a lover by adding a needless and tonally jarring coda section. Beyond the fact that this section is led by a guest vocalist (when Shingyoji’s vocals are such an iconic element of BRADIO’s sound, why choose to close the album with him merely on backup?), the children’s choir la-la-laing the album to its conclusion again pushes things firmly into wincing territory.
These missteps, however, do relatively little to detract from FREEDOM’s strengths. At the end of the day, the core, identifying element of BRADIO is simply that they’re fun to listen to, and in that the album delivers, providing everything that fans were expecting while also adding several new styles and techniques to BRADIO’s repertoire. To all first-time listeners, this is a fine introduction to BRADIO; to all longtime Party People, welcome back to the funk.
Overall Impressions:

友達になろう!
Latest posts by Toria (see all)
☆Let us know what YOU think in the comments!☆
For more song translations, check out their lyric directory here: BRADIO
【 SEARCH LN 】
Come chat with us! 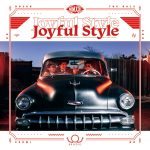 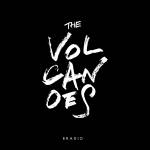 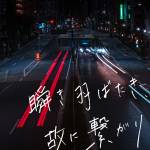 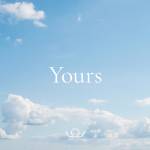 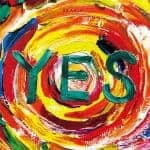