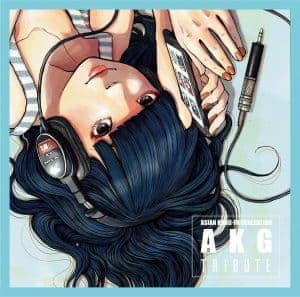 With their straightforward approach to rock, musical independence, camaraderie with artists both within and outside of Japan, and sheer staying power, few bands are as iconic or influential as ASIAN KUNG-FU GENERATION. In celebration of their 20th anniversary comes AKG Tribute, a tribute album covering songs from across Ajikan’s career, mostly (but not entirely) from their younger labelmates. It’s a tall order to cover one of the mainstays of the Japanese rock scene, though, and some of the artists are more up to the task than others. Nevertheless, AKG Tribute provides a solid sampling of performances and Ajikan songs from across the musical spectrum, with more than a few surprises.
A good chunk of the artists play it safe and don’t stray too far from the original, which pays off largely on how well the band, and especially their vocalist, already match Ajikan’s style. yonige’s “Solanin” and Regal Lily’s “Mustang” are pleasant if not groundbreaking; both bands give appropriately emotive rock renditions, and their female vocalists provide a fresh, inherent contrast to Masafumi Gotoh’s vocals. Disappointing, however, are KANA-BOON’s “Kimi to Iu Hana” and Yoru no Honki Dance’s “N.G.S”. Both have a younger, poppier feel, and although their versions might have been serviceable had they personalized their contributions more (to their credit, Yoru no Honki Dance changes up their strumming more noticeably than KANA-BOON’s near-identical copy), neither vocalist’s thin voice can sustain the heavier, punkier tone of AKG’s music. BLUE ENCOUNT stumble in a slightly different manner, as their version of “Understand” is not bad per se, but the original’s midtempo pace feels like it's holding them back—a faster arrangement (or a different song) would have played better to their strengths.
The wiser artists on the album don’t try to out-Ajikan Ajikan, and instead put their own spin on the songs. 04 Limited Sazabys don’t have a very far leap to make in adapting the already-thrashing “Mirai no Kakera” to their high-energy punk, but their frenzied cover is just different enough to sound fresh and distinctively theirs. Other bands adapt more dramatically by increasing the number of instrumentals and vocalists; Scenarioart’s parade-like rendition of “Maigo Inu to Ame no Beat” and the chef cooks me’s “jam session with friends” take on “Kakato de Ai wo Uchinarase” are both quite different yet effective ways to transmit the feelings of encouragement in their chosen songs.
Unfortunately, a couple of these reinterpretations give the impression that the bands missed the point of the song they were covering. Jin suffocates “Re:Re:” by filling every available space with higher tempo, electric guitar, and sharp drum hits, to claustrophobic effect. never young beach has the opposite problem, decelerating “Kimi no Machi Made” to a chill, surf-rock crawl. Although the idea isn’t bad in theory, it feels misapplied to a song about eagerly flying at full speed to meet someone special—a different song, say, “Kaigan Doori”, would have been a better match for this languid approach (but perhaps it’d be too obvious for “never young beach” to sing “Beachfront Road” in a beach-rock style?).
In the end, these ambitious reinterpretations are what offer the album’s highest highs. LILI LIMIT’s touching take on “Blackout” trades in Ajikan’s no-frills indie rock for something significantly more processed, yet never feels like it’s disrespecting the original so much as digitally signal-boosting the song’s existing attributes. Jyumpei Makino’s wavering vocals shade the lyrics with a more youthful sense of vulnerability compare to Gotoh’s world-weariness, and the song’s original buildup is made even steeper by magnifying the contrast between intro and finale: the song now begins with only a light keyboard, while the final chorus is blown out to an explosive dance-music drop.
Another standout comes from one of the most surprising inclusions on the roster: amazarashi. Their particular brand of morose rock would seem impossibly far from Ajikan’s sound; however (as their fans may have suspected), they extensively overhaul “Natsu no Hi, Zanzou” to reharness the undirected, explosive energy of the original into a more deliberate, focused orchestral arrangement. Slower piano chords, backed by strings that gradually grow in power, shoulder the lead from the guitar, and Hiromu Akita’s belts are as fitting a substitution for the original’s wild shouts as they are unmistakably amazarashi (who frequently use “natsu”, “zanzou”, “semi” and similar words in their own lyrics as well). It's an impressive cover that manages to locate and expand the sliver of common ground between two wildly different artists.

Back in the day

It was 2004, first year of middle school

Lastly, Creepy Nuts’ “Rewrite” is the most unusual track on the album, as it is a full-on remix rather than a cover, with new lyrics rapped over samples of the 2004 original. Although the beginning of the chorus (simple ad-lib responses filling in the rests between Gotoh’s shouts) feels a bit uninspired, the rendition quickly moves to fresher territory. In fact, Creepy Nuts hits the “tribute” in “tribute album” harder than any other contributor, as R-Shitei reflects not on the content of the song itself, but rather the impact that it had on him (and likely, the many others first introduced to Ajikan via “Rewrite”) listening to his walkman in middle school, becoming hooked on music, and now, writing this contribution 13 years later.
It is this sense that is most refreshing on AKG Tribute. It’s a tribute, after all, and almost all of the artists featured are the bands that Ajikan inspired, rather than their contemporaries. Although not every cover lands, the album’s high points are higher than its lows; the standout reinterpretations alone justify a listen, showing that even after all this time, Ajikan’s songs have a few secrets left to uncover. Happy 20th, ASIAN KUNG-FU GENERATION—here's to many more.
Overall Impressions:

友達になろう!
Latest posts by Toria (see all)
☆Let us know what YOU think in the comments!☆
For more song translations, check out their lyric directory here: ASIAN KUNG-FU GENERATION
【 SEARCH LN 】
Come chat with us! 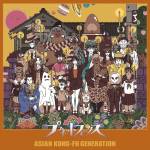